Music by the O'Neill Brothers

We would like to offer our sincere support to anyone coping with grief. Enter your email below for our complimentary daily grief messages. Messages run for up to one year and you can stop at any time. Your email will not be used for any other purpose.

Tony was born on November 16, 1945 (as he would say “the day the war ended”) to Bettie Joe (Duty) and AB Wright in Hobart, OK.  Following his father’s death in Jan 1951, Bettie married Charles Elbert Mitchell in November 1952.  Charles adopted Tony and his brother, Joe in 1953. He graduated from Cordell High School in 1964 where he excelled in football and basketball.  He went on to study at Southwestern State College (now SWOSU) in 1968.  He graduated with a triple major in physics, chemistry, and biology.  He went on to attend Graduate School at Purdue University.  With a war raging in Vietnam, he left Purdue after a semester and entered the Officers Naval Academy in Newport, RI.  After graduation, his first command of duty was Oahu, Hawaii in 1969.  He returned to the mainland in 1972 and spent the next 15 years working at the Pentagon. Never one to give up, Tony survived cancer twice.  His passion for history led him to study law at American University while still working at the Pentagon.  With a desire to be closer to his children, he moved back to Hobart, Ok in 1986 and began his career as a criminal defense attorney at Talley & Talley Law Firm of Hobart, Ok until his retirement in 2017. His longtime friendship with Tom Talley and the entire judicial community had a tremendous effect on him.  He had a great deal of respect and admiration for them and called them friends.

He married Billie Allen in 1964.  They had a daughter, Teri Dawn.  He married Janet Carter in 1965 and they had two children, Myki Jan and Monte Jai.

Tony had a true passion for music and coaching basketball.  From the Rolling Stones to bluegrass and jazz, he was a music enthusiast that lifted an eyebrow each time one of his favorites was heard within earshot.  On any given day, you could catch him dancing and singing as soon as the music started.  He spent years while in Hobart coaching boys AAU Basketball.  He absolutely loved coaching and seeing the kids in and around the local community thrive and excel at the game of basketball.  He united many kids from Western Oklahoma into a team of talented and dedicated athletes that competed all over Oklahoma and surrounding states in various tournaments.  He cared for every one of his players.  He considered all of his players and their families as one of his own, like Dominic Johnson, as well as Dominic’s sister, Leandra, and their Grandma Ruth Lee.  He spent many hours on the court, developing their athletic ability, but more importantly, off the court investing his time and energy into the men they would become.  Known simply as “T Money” to his players for his antics on the court after they scored a bucket, his excitement for the game was infectious.

When he got the chance to relax, you’d find him fishing in New Mexico at the Greb family cabin.  He loved spending his summers with his cousins, the Red River Boys ~ The Grebs, The Osmonds, Lee “Tuffy” Smith, and Larry Parish along with his son, Monte, and grandsons, Bobby and Sam.  Some of his most favorite memories were at Red River.  He also loved watching western movies, old ones and current ones.

He was loved by so many…he gave us so much.  We will miss him!

The Anthony George Mitchell Scholarship Fund will be established in his honor.  It will go towards helping local youth in and around the local community of Hobart OK, something near and dear to his heart. For more information, contact myki.keffury@me.com. 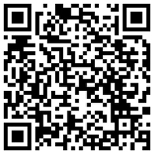